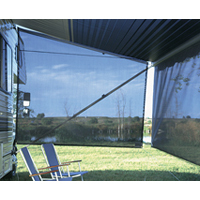 My Refuge and My Fortress

91:1 He who dwells in the shelter of the Most High
will abide in the shadow of the Almighty.
2 I will say to the Lord, “My refuge and my fortress,
my God, in whom I trust.”

3 For he will deliver you from the snare of the fowler
and from the deadly pestilence.
4 He will cover you with his pinions,
and under his wings you will find refuge;
his faithfulness is a shield and buckler.
5 You will not fear the terror of the night,
nor the arrow that flies by day,
6 nor the pestilence that stalks in darkness,
nor the destruction that wastes at noonday.

7 A thousand may fall at your side,
ten thousand at your right hand,
but it will not come near you.
8 You will only look with your eyes
and see the recompense of the wicked.

9 Because you have made the Lord your dwelling place—
the Most High, who is my refuge—
10 no evil shall be allowed to befall you,
no plague come near your tent.

11 For he will command his angels concerning you
to guard you in all your ways.
12 On their hands they will bear you up,
lest you strike your foot against a stone.
13 You will tread on the lion and the adder;
the young lion and the serpent you will trample underfoot.

14 “Because he holds fast to me in love, I will deliver him;
I will protect him, because he knows my name.
15 When he calls to me, I will answer him;
I will be with him in trouble;
I will rescue him and honor him.
16 With long life I will satisfy him
and show him my salvation.”

Under the Awning of God's Love: My Story of Being Dependent

Often we talk about being dependent on God for all our needs. In the middle of the night recently I began pondering the meaning of being fully, totally dependent on someone, something other than myself.  Why then? A rather incredible and totally unexpected confluence of situations had arrived in rather short order.

For several weeks I had been experiencing what I took to be a muscle strain in the area of my shoulder blades.  We had leased our house for a year and continued to move belongings out so our new tenant could move in. I continued playing golf, but a little twinge now and then couldn’t hurt my game at all. As planned, we drove our fifth-wheel trailer to our winter spot in Brownsville, Texas, and began our four-month term as one of the Winter Texans charged with the responsibility of greening the businesses of the Rio Grande Valley.

We arrived on November 20 and within a few days our wind screen was reconstructed almost as it was when I took it down last March, carefully labeling where each part went. Here we were for a few months of golf, reading, fishing, playing pool, and doing all of the things and nothings Winter Texans are required to do. Then came that confluence of situations.

Now I lay in a hospital bed following surgery to reconstruct a collapsed vertebra. The collapse had been caused by the erosion of bone by metastatic lung cancer.  Almost a week earlier that collapse had caused my legs to stop working.  Without the use of my legs I was confined to a hospital bed, nearly motionless below the waist.

Now my connection to the world beyond the hospital room door was a simple button on a white plastic remote-control pad.  The button was red, labeled with icons and Braille, intended to be immediately available and accessible to the patient inhabiting that bed. If I needed anything, anytime, the nursing care staff was always there, ready to come offer assistance.

I pushed the red button and for 30 minutes lay there wondering. No response. I detached a wire from a monitor electrode and lay there another 15 minutes wondering and thinking; thinking how dependent I was upon those electronic connections to the world outside my room, connections which in themselves were doing nothing for me. I thought of how dependent I was on the humans out there who surely would notice and respond. I could hear nothing coming from the other side of the door.  Was anyone still there?

Later I learned that I had detached from the wall those wires carrying my cry for aid, so no matter how vigilant the ready helpers watching for the beckoning light, my attempted message would not elicit a response.

I was then, and am still dependent – dependent in ways and to a degree I had never before experienced.  Upon what or whom, then, am I to depend in my current situation?

Most certainly I depend upon those who have searched and researched for ever more complete understanding of that incredible collection of stuff we call the human body. I depend upon those whose brilliant minds fathomed what happens in a world we will never see with our eyes, but who were able to theorize, build, and now use instruments which accurately “see” what a surgeon will actually see when an incision is made. I depend upon the caregivers, therapists, doctors and nurses who now are the guides to my physical restoration. I depend upon the love of my wife, family, and friends whose warmth of palpable hugs from at hand or the no less palpable virtual hugs from afar buoy my spirit from minute to minute every day.

Where then does God come into this picture? For me there doesn’t seem to be a connection that comes and goes as one might expect when one is in prayer-- in contrast to times when the mind is otherwise fully engaged.  In fact, I take literally the biblical admonition that God is beyond our human understanding, so I guess I’ve stopped trying to wrap my mind around the nature of such an overwhelming power.

Any sense of the understanding I have of God is that there is a force, a power, a presence, that established some incredible rules by which matter was to act--and always will act as our world formed and is continuing to form and re-form. That Presence poured love into those rules so that when we humans came into the earthly picture we could enjoy the abundance of that world, the perfect relationships possible with each other, and so continue life as that loving force established it.

Of course, we humans are never satisfied, so we have frequently been either too lazy to try to understand how we should live within those rules or we were not satisfied with what we rightly had and wanted more. In any case, so often we’ve messed things up.

Now, more than any other time in my life, I have run squarely into the reality of my own mortality. Even so, I am finding a quiet peace I have affirmed but which has never before been challenged as it now is.  In the face of that challenge, I am spending time trying to better understand the nature and genesis of that peace.

Perhaps it is that I believe those rules established by that loving force are still in effect. I believe that my body is going to react according to those rules.  But I also believe there are some rules we don’t understand, and those are the things we call miracles, maybe only because we haven’t been clever enough yet to decipher those rules.  Maybe one of those unknown rules will apply to my situation. If so, I will be filled with gratitude.

On the other hand, whether or not such unknowns apply to my situation, whether or not the known rules bring renewal of my health, I delight in the marvel of the amazing integration of those rules, and in being a part of that world.  I delight in the human relationships with which I have been blessed throughout the years.  I delight in having seen so much of the variety of the physical world, a variety in which each different sight, each different landform, each different living thing still comes into being, exists, and exits in accordance with those eternal rules.

And, above all, I delight in believing that whatever comes next will be OK.  I may never be healed, but I will be whole.  I delight in believing that I and all the rest of us are not being treated in willy-nilly ways.  Instead, we arrive, live, and die in the comfort and surety that is in accord with and under the loving, probably often weeping, creative love force I call God.
-Rev. Richard (“Dick”) Mitchell’

Richard (“Dick”) Mitchell offered this special devotion in January 2012, hoping that DisciplesNet followers also in difficult situations or nearing the end of their life on earth, might find in it a sense of God's presence  Dick passed from this life on May 25, 2012 in Union City, Georgia.

Dick was originally from Iowa and received his Masters of Divinity degree from Colgate Rochester Crozer Divinity School.  He was also a teacher and headmaster, and served at Pine Point School in Stonington, Connecticut for 22 years, being honored him as a Headmaster Emeritus and with a building named in his honor.   Upon moving to Georgia, Dick taught with his wife Linda at Woodward Academy, and helped in ministry at Peachtree Christian Church.

Dick devoted his life to serving others in ministry, education, and volunteering. Whether as husband, father, grandfather, colleague or friend; teacher, headmaster, minster, or hospital patient, Richard was beloved by those who know him for his compassion, wisdom, sense of humor, generosity and grace.

DisciplesNet is grateful for Dick's gift of special insight that he has allowed us to share here. We hope you will be blessed by his journey into discovering yet another dimension of God’s loving and eternal presence with us all.