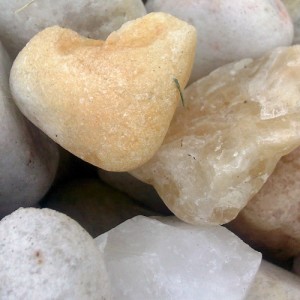 For God So Loved the World

16 “For God so loved the world, that he gave his only Son, that whoever believes in him should not perish but have eternal life. 17 For God did not send his Son into the world to condemn the world, but in order that the world might be saved through him.

When I was growing up in Catholic school, St. Stephen was the least favorite of my saints. I did not mention that to the nuns, though. It was the way he died that scared me: through stoning. Today, people are not so likely to throw actual stones at people for speaking out about prejudice and other injustices, or because they are different in some important way. Sometimes, though, their words and behavior can hurt inside like having stones thrown at who you are.

For me, a hurt like this came during my college years when going through rush (a time of choosing/being chosen by a sorority). There were three sororities on campus, and I had decided to get know some people. I went through rush activities. I met the proper people. I tried to dress nicely. I tried to live up to their expectations. I remember having to sign my preference-of-sorority sheet early, because I was going home for a visit that weekend when the choosing was to be done: Bid Day.  When I got back I picked up the card to see which sororities had chosen me, looking forward to another party invitation that Thursday night: Not so. Was not going to happen. That card was the end of my rush week. I stared and stared at the card in disbelief. I thought for sure I would get into at least one of the sororities. Not getting into any at all had never occurred to me. All three of them had rejected me. Why? What could I have done or said differently? Questions ran though my mind. I did not know who to talk about this. It would not have changed the way the week ended up, anyway.

Stephen was ultimately rejected by some of then leaders in his day and time. God had a better way for him. I cried about the rush rejection letter for awhile. I did eventually move on to other things. Yes, that experience hurt. However, God gives us his Son and other saintly leaders to model our lives after, to look beyond the rejection and hopelessness of the things in this world. Being accepted in God's love us what matters most of all. God has a better way for everyone. We just have to find out what.