↓
Home→Our Stories→Devotions→“Head of the Year?” A devotion about time by Marci McGowan 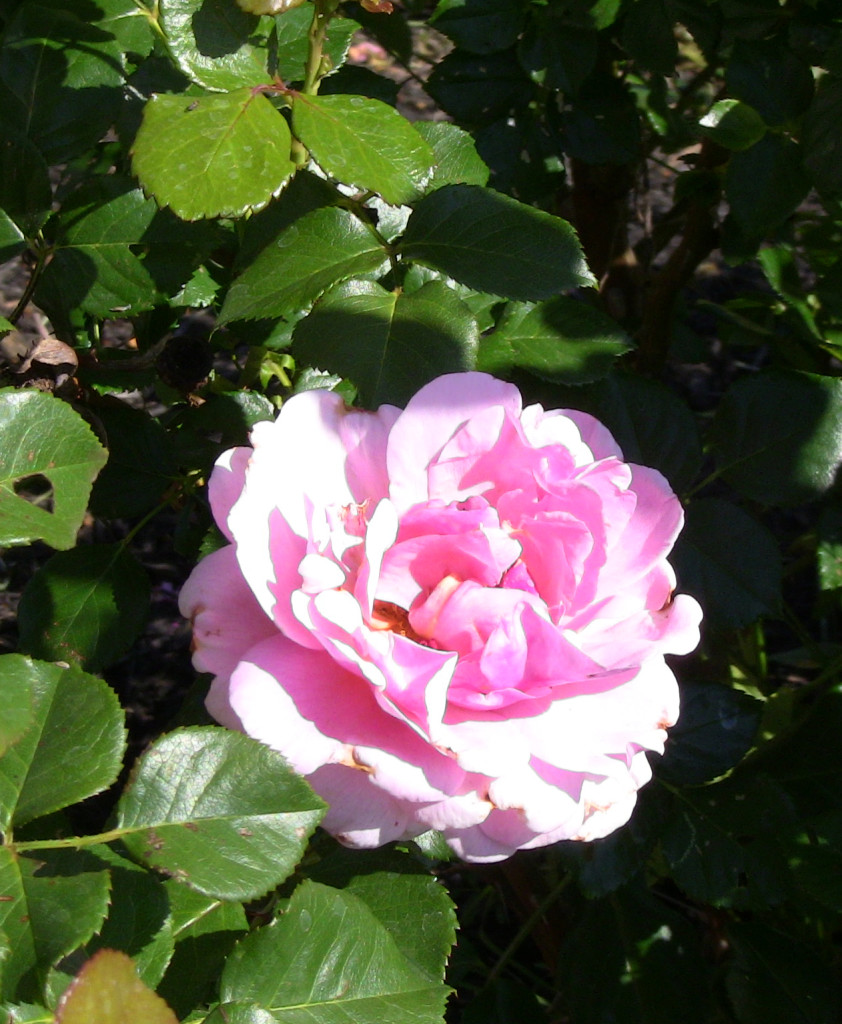 For many Christians in the Western part of the world, the church's new year will soon be here, beginning with the first day of Advent.   The date moves year to year but is always the fourth Sunday before Christmas.  This year that day is Sunday, November 29, 2015.

Our brothers and sisters of Jewish faith have just observed the start of the new year with Rosh Hashana, meaning the 'Head of the Year.'  This two-day observance, which also calls observers to a special time of reflection, began this year at sundown on September 13 and ended September 15. Rosh Hashana also begins the Jewish "High Holy Days" and will be followed in 10 days by Yom Kippur, the "day of atonement."

Where I live, the secular world begins the new year on January 1.  Many of us will buy a new calendar to keep track of the days.

Sometimes we observe a new year in a less formal way. For me the first official day of school is full of anticipation and a sense of growth.  In the United States this time typically comes around August or early September, although variations seem to be springing up all over. Traditionally, many parents will take a "first day of school" photo of their child in a special place each year, such as in front of their home or school. I love to compare the series of photos over the years, showing the person growing from being a child to a teen to an adult.

Another of the many ways to see a new year is by marking a special date when something happened, such as a major world event, a personal accomplishment, or a deep loss.

However a new year begins for each of us, such time is one for reflection of what we have left behind and anticipation of what is along the path ahead---a new beginning, a new chapter in life using the gifts we have with us this new day.
Yes, some will even write resolutions or goals they'd like to accomplish during the year. Allowing failure could even be a resolution, with grace for times when things don't work out as we've planned and hoped!

The year 2015 has brought many endings and beginnings to my own family. What about yours?   For instance, my brother's oldest son graduated high school and began studying at the US Air Force Academy. My younger brother retired from the Air Force in August with rank of Lt. Colonel. My sister's middle son and my cousin's youngest daughter have started their senior years in high school; their final year doesn't seem possible because it seems like only yesterday when they were small children at our family reunion.

Yes, my sister took a photo of her high-school senior son. I could tell that he was not thrilled to have his picture taken!  In years to come he may be grateful that she did take the photo; he, too may be amazed at how he has grown.

In my church, we have a young woman who has received her Master of Divinity degree and will be ordained into Christian ministry this Fall in Chicago, Illinois, USA. It has been interesting to watch her grow and develop as a person and a minister, especially because I can remember when she was only nine years old.   What are some of the milestones that you are seeing around you?

During cycles of beginnings and endings, keep in mind that progress is in the making. Sometimes it feels likes life is not progressing at all, even that we are in a rut or going backwards. But when we look back, sometimes even years later, we see how we were growing all along despite what we thought.

Despite the differences in our calendars--the human made ones, our personal ones, and God's own time, part of our calling is to grow and develop into the complete person that God has called us to be.

When I was a high school student a song called The Rose came out.  I loved what it said. It talks about a seed planted in the soil, then growing silently and sometimes seeming not to grow at all. Meanwhile this seed in winter is getting what it needs all along--the nutrients, moisture, and just the right temperature from nature. Then in the spring, the flower blooms into the fullness of its own time.
Happy New Beginnings, New Starts, New Chapters, and New Year to you!

God bless you and safe travels on your way, wherever you are guided.