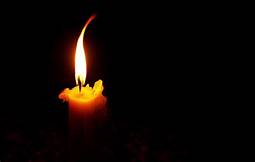 Origin: early 20th century: from catalysis, on the pattern of analyst

From The Message Bible
A Green Shoot from Jesse’s Stump

A green Shoot will sprout from Jesse’s stump,
from his roots a budding Branch.
The life-giving Spirit of God will hover over him,
the Spirit that brings wisdom and understanding,
The Spirit that gives direction and builds strength,
the Spirit that instills knowledge and Fear-of-God.
Fear-of-God
will be all his joy and delight.
He won’t judge by appearances,
won’t decide on the basis of hearsay.
He’ll judge the needy by what is right,
render decisions on earth’s poor with justice.
His words will bring everyone to awed attention.
A mere breath from his lips will topple the wicked.
Each morning he’ll pull on sturdy work clothes and boots,
and build righteousness and faithfulness in the land.

This time of year is difficult to get through, sometimes.  I had to make a move during the middle of my senior year in high school.  I went from a big city high school to a small country high school. I graduated, but the summer of graduation I was lonely and without any friends, and still adjusting to life in a new area.  I was starting my adulthood not knowing of the changes that were to come. My eighteenth year was just a start. My parents had a young adult living with them in the new house. I realize now that was an adjustment time for them, too.

Jesus made a drastic move to humanity.  He also tried to move the culture time of his day to radical, new, and different ways of being, doing, and thinking.  He kept trying to find a place he could call home. I am sure he there were times he felt like he did not fit in at all.

While the forced company move was not the best thing to ever happen in my life; it certainly made a difference in the way I saw the everydayness of life. Sometimes, you just have to make a way to get the outcomes that you would prefer.

The birth of Jesus was not a pretty sight.  He was born in a smelly barn. The barn was the only ‘motel” that would put them up for the night.  In the midst of all that crazy confusion, Jesus was born. He was the “catalyst” of Christianity; which would usher in a new way to consider the contemporary culture.

Sometimes, being forced out of your comfort zone can lead you to new and different ways that were never imagined before you came to this point.  It did have an impact on my life. When you cannot see beyond where you are currently now, try shining a light on it; to find a different path. The move I had to make during my eighteenth year, eventually brought me to my husband.  That alone, was worth all of the unknown directions that I could have taken.

When God gives you a new beginning, it often starts with an ending.  Toby Mac, Christian Singer

Is there a new direction in your life that God is calling you?

How can you be the light of Christ during the Advent season of 2018?

Trying new things can be scary at times, but they are needed for new growth.  How are you willing to get out of your comfort zone? How are you being called to grow in the New Year of 2019?

May you shine as the Light of Christ during a season of darkness.
May you bring hope, joy, and love.
Peace out and God bless,
Merry Christmas and Happy New Year!